Drones have become so widely used today since their beginnings in 2009.  They are used for a number of functions, both commercial and 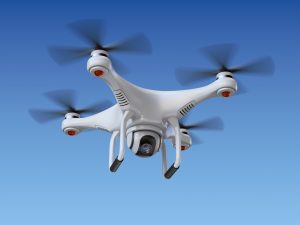 private.  They are no longer just for leisure, as when they are flown over an open field or high-ceiling area.  They are quite convenient for delivering packages during the day when no one is available to receive them.  They are used to spy on terrorist and criminal activities and are thus indispensable in criminal law enforcement.

People have discovered yet another useful function of drones – for surveillance of spouses and other family members.  A person can either hire a drone operator or manipulate the drone by himself to gather videos and photos of the erring spouse in order to present to divorce court.

But while this high-tech method is ideal, is it really legal?  Many states have not actually formulated solid laws that define whether interspousal spying is actually acceptable as evidence in divorce courts, or is even legal to begin with.

Here are some clarifications about drone use for surveillance of spouses and marital torts.

Recently, marital torts have gained ground and have been allowed in courts as recognition of women’s civil rights.  This is especially significant if the spouses are in the process of filing divorce, as marital torts can determine custody and alimony decisions.  Thus it is not surprising that a spouse is highly motivated to take videos or photos that could prove a marital tort.

While most states do not really have any laws specifically for drone use in surveillance, some do have laws about the action of surveillance itself, regardless of the gadget used.

The state of Massachusetts in particular has specific statutes against surreptitious video surveillance, especially for voyeurism.  That is, you could be liable for conviction if you or a drone under your control has taken a video featuring uncovered intimate parts of the subject’s body.  Secondly, the video must have also been taken in a place where the subject had reasonably expected privacy, such as his/her own bedroom or bathroom.

If you are a resident of Massachusetts and currently undergoing divorce procedures, do know the limitations about using drones for monitoring either you or your spouse.  It may be tempting to attempt to take videos and recordings in order to strengthen your case against your spouse and to have the edge on custody and alimony, but you must also be aware of the personal rights issue.

Regardless of which side of the camera you’re on, be well-informed about the current laws on drone surveillance and how it can actually affect the outcome of your divorce case.  Better yet, consult a Massachusetts lawyer about the legality of this action.

Conversely, if you are the wronged party (subject of the video), do know your rights and consult a competent Massachusetts family lawyer as to how you can file a complaint against your spying spouse.