Attorney Todd D. Beauregard is an experienced civil litigation lawyer in Boston Massachusetts and can guide you through the process of filing a litigation claim.

What is Civil Litigation?

Civil law in Boston MA is the branch of law dealing with disputes between individuals or organizations, in which compensation may be awarded to the victim. There are two types of case laws, criminal and civil. A federal judge in Boston may one day conduct a complex civil litigation trial and the next day preside over a routine federal criminal case. There is no distinct demarcation between civil court and criminal court within the federal court system. However, there may be a clear demarcation between the two in some states. There may be a specific court that is known as the criminal court, wherein only criminal cases are heard. The important thing to keep in mind is that the civil system is entirely separate and distinct from the criminal system. Indeed, the rules that apply to one in many instances have no application whatsoever to the other. 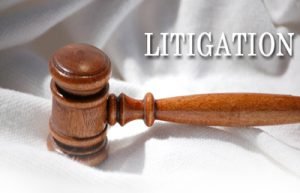 Within the civil justice system in Boston Massachusetts, there are two types of claims that can be presented to and resolved by the court law claims and equity claims. A law claim is a claim for money damages. Money damages means that the party bringing the suit (the plaintiff) is requesting that a monetary judgment be awarded against the party who is being sued (the defendant). Another type of claim that can be litigated in the civil justice system is an equity claim. In some states an equity claim is referred to as an equitable claim or a chancery claim. Equity claims are claims wherein the party bringing the suit is not necessarily asking for judgment for a monetary amount, but is asking the court to direct the other party to either do something or not to do something.

Example of a Civil Litigation Claim:

A law claim might arise from an automobile accident where one party is injured and claims the injury is due to the fault of the other driver. The lawsuit may be filed requesting the court to award a monetary amount against the party that is accused of being at fault.

An equity claim might arise when one neighbor is seeking to enjoin (or prevent) another neighbor from building an extension of their home onto the first neighbor’s property. To prevent that type of encroachment, a lawsuit in Boston MA would be filed requesting an injunction. If the court granted that request, then an injunction would be issued preventing that activity.

Divisions within a Court – Boston MA

The small claims division may deal with any type of claim within a jurisdictional monetary limit. The small claims division is a type of people’s court, wherein civil litigators (lawyers) are typically not allowed and the strict rules of evidence may not apply. The domestic relations division deals with domestic matters, including divorce, custody, alimony, child support, and adoption. The probate division deals with estate matters and guardianship matters. Finally, within a civil court there may be a general civil division that would hear all claims other than the ones mentioned above.

If you have been injured or believe you have a civil litigation case in Boston MA relating to a personal injury matter, a divorce dispute, restraining order, eviction or contract dispute. Give attorney Todd D. Beauregard a call today.